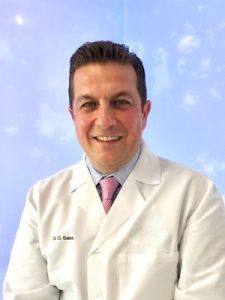 Dr Salem has a lifelong passion for orthodontics and science. His father was an orthodontist and his mother was a chemistry teacher. From a young age Dr Salem wanted to learn about orthodontics from his dad. He loved joining him in his private practice to help him organizing the lab, prepare supplies and bend some extra wire his father used to give him. It was then where Dr Salem developed an interest in orthodontics.

Dr Salem still meets people who were orthodontic patients of his father and were influenced by his gentle nature and beautiful results. Dr Salem saw the value of this long lasting relationship between his father and his patients. That is why he cherishes this unique relationship and aim everyday to be the best orthodontist he can be for his patients and to provide them a warm and welcoming environment where they feel comfortable. 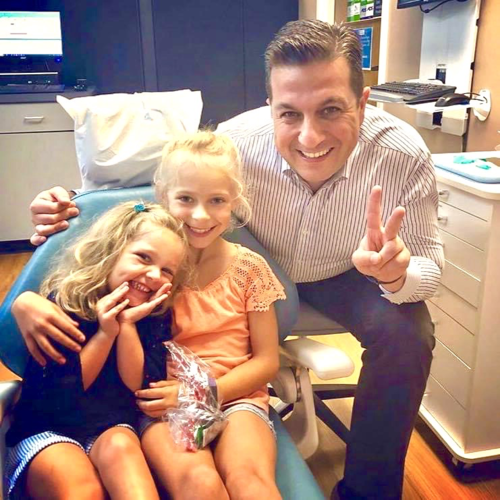 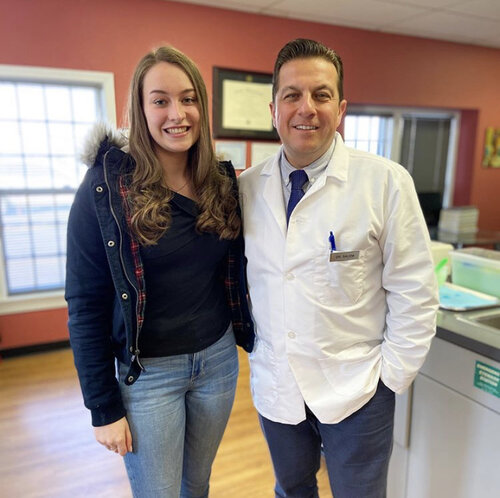 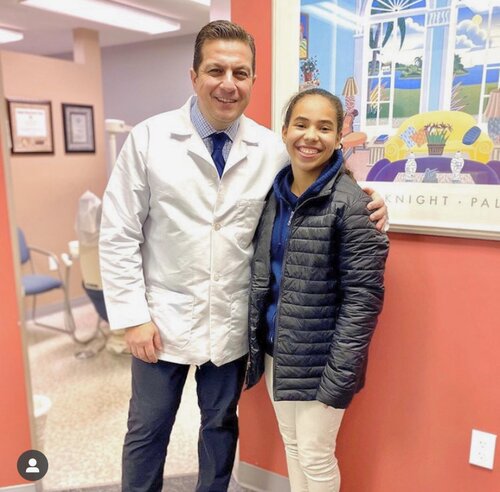 Dr Salem earned his dental degree (DMD) from Tufts University School of Dental Medicine. He completed his Orthodontic residency program at the State University of Buffalo (SUNY at Buffalo) in 1999 with 3.9 GPA and was awarded an honorary certificate of Scholarly Excellence. Afterwards, he continued his studies at the University of Buffalo, graduating with Master of Science in Orthodontics Degree in year 2000.

After graduation Dr Salem was recruited to serve on the faculty body at the department of orthodontics at Buffalo University until 2002, and then moved to Tufts University School of Dental Medicine where he served as director of the Pre-doctoral Orthodontic Program until 2005. Dr Salem passion for education and learning earned him the respect of his students and peers.

During his academic tenure Dr Salem was awarded the certificate of Appreciation from Tufts Dental School for his contribution to the education process. He was honored to publish numerous papers in peer-reviewed dental and medical journals dealing with the advancement of orthodontic research, science and technique.

Dr Salem was born and raised in Damascus, Syria, then moved to the USA in 1996. He has been living in Canton, MA since 2001 along with wife, Zeina and their three children: two sons and one daughter.

His oldest son attends George Washington University in Washington D.C. majoring in Business. His middle son attends Boston College High School where he learns what true citizenship means and his daughter is in the third grade at St. John the Evangelist School in Canton.

Dr Salem volunteers as chairman of the Board of Karam Foundation. A non-profit organization that promotes lower and higher education to Syrian refugee children and youths. He was fortunate to travel on 9 missions overseas to serve Syrian Refugee children dental and psychosocial needs in Turkey and Jordan. He joined Karam team in 2009 and will continue to serve those in need until he is no longer able to.

When he is not at work Dr Salem enjoys going to the gym, skiing, soccer, landscaping, traveling with family, watching the Bruins, the Celtics and the Patriots.

Although Dr Salem’s formal education is complete, he is always striving to add to his knowledge in the field of orthodontics to offer to his patients the most advance and predictable techniques. He is always attending continuing education courses and seminars to keep him up to date with the latest updates and technologies.

Dr Salem loves orthodontics and enjoys what he does because he gets to have a positive impact on his patients of all ages. In the practice Dr Salem is a fun person to be around. He cares so much about his patients and makes sure their appointment is done as smooth and efficient as possible with no delays. Dr Salem enjoys working with kids and adult patients. Kids always tell him what’s on their mind while adult patients always teach him something new.

Local Dentists often share with Dr Salem how pleased they are for recommending Salem Orthodontics to their patients. The trust they have with Dr Salem led him to treating many of the referring dentists family members.

Dr Salem is honored to be supporter and sponsor of many local sports teams, museums and organizations. He believes in the true value of supporting programs that provide our children with the healthy mindset as well as the physical part.

We will do our best to accommodate your busy schedule. Request an appointment today!